Drawing, Writing, Typing… There are Apps for That! 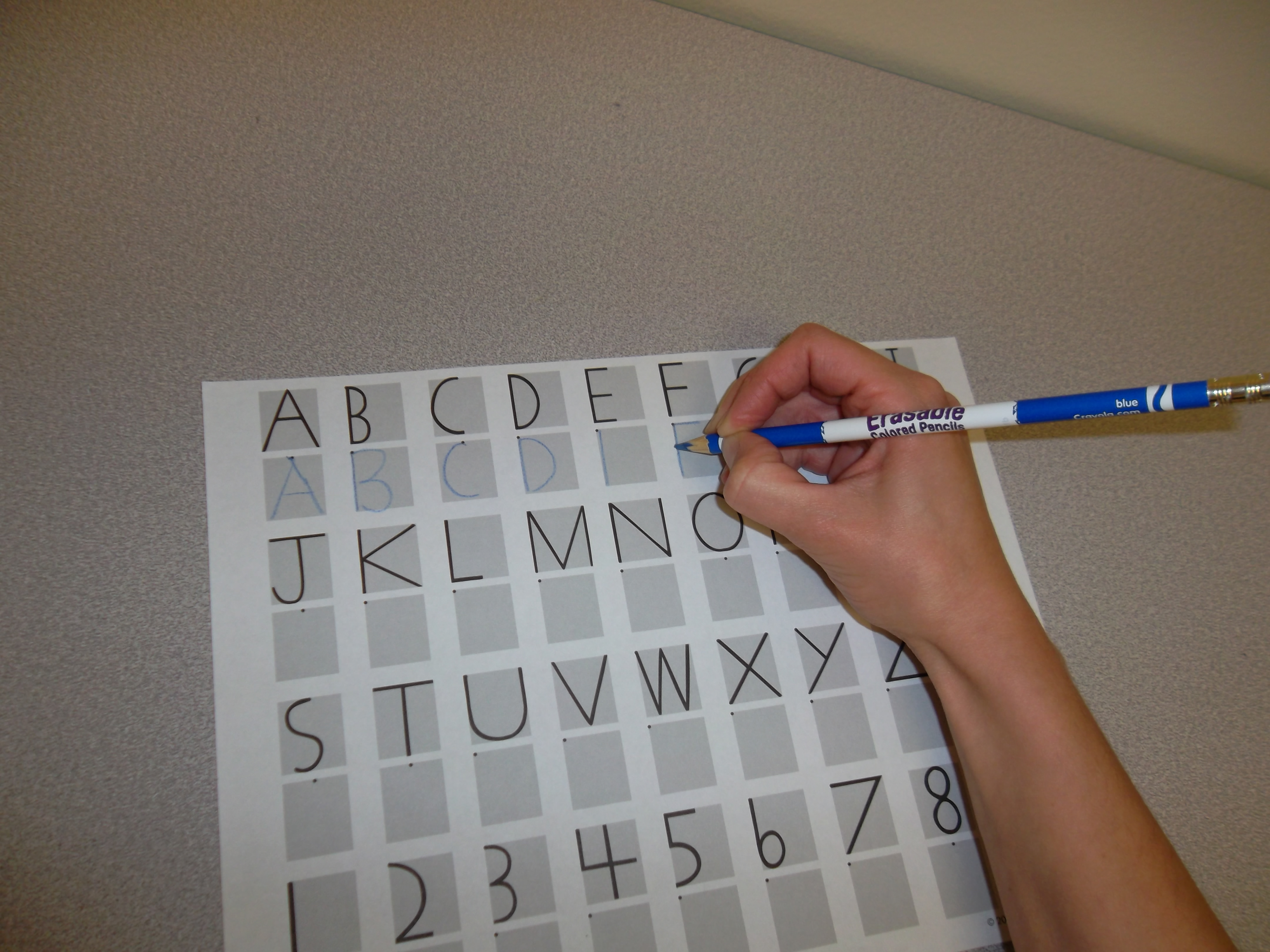 For the final installment of this App blog series, I would like to share some apps with you that we use to reinforce drawing, writing, and typing skills.

Drawing is a precursor to writing, and children build their skills by tracing, copying, and then forming their own pictures or designs without any model.  Coloring is also an important skill, as children learn to move their hands in different directions as they would for horizontal, vertical, diagonal, and curved strokes. Additionally, learning to stay in the lines for coloring helps to practice for aligning letters to guidelines on lined paper.

Writing is a major “occupation” of school-age children, and it involves a number of separate skills coming together in order to be successful, known as visual-motor integration. Primarily, individuals must be able to properly perceive the direction of the strokes and accurately copy them to form letters. After a lot of practice, children then rely on their visual memory to recall how each letter appears, and then attempt to produce the same forms without a model. As you know, this takes time and practice, and many kids will start out with some mistakes, including reversals, but with practice, they should be able to get the hang of it.

Finally, typing is an important medium for our middle and high school children as they begin to type long essays and stories. Occasionally, a child will have significant difficulties with writing, whether due to physical limitations in strength and grasping patterns or poor visual-motor integration skills (despite intervention), and I recommend learning to  type, even at a younger age, so that the child will not fall behind his/her peers. Learning to type accurately and with appropriate speed will not only enable the child’s success in the younger grades, when s/he may be challenged by writing tasks, but will also be helpful as s/he grows older, as it is a skill expected for teenagers and young adults.

Here are some of the apps I use. It may also be worth considering using a stylus to accustom your child to using a tool for these types of activities.

•     My Coloring Book Free, Amazing Coloring Studio, and Coloring for Kids have some nice coloring pages and options for different colors and tools.

•     Doodle Buddy – Free draw or use backgrounds or photos to draw on. I like this app because it also has a hangman, maze, and “dot game” background, which can serve as a fun drawing/writing activity as well!

•     Let’s Learn How to Draw (Lite) –  For the aspiring (middle school) artist, this app goes step by step for learning to draw trains and monsters, with the Lite version offering a couple lessons per module.

•     Dot to Dots: Draw by Dots and DotToDot introduce the concept of completing dot-to-dot activities, but don’t actually require the user to trace a straight line from one dot to the next, rather the player just needs to press the next number to form the design.

•     Letter School – My absolute favorite writing app. This app provides the 3 most common handwriting programs (D’Nealian, Handwriting Without Tears, and Zaner-Bloser) to teach upper and lowercase letters, as well as numbers 1-10. The Lite version has letters A-E and numbers 1-5 (full version is $2.99). The app progresses in difficulty, first focusing on the order of the strokes, then on the directions, and finally on the formation, but provides plenty of clues if the child is stuck. (There are a number of apps that work on ABC’s, but I only use this one.)

Typing: Unfortunately I have not found any free apps that instruct proper hand placement for typing, though there are great computer programs for that.

•     The one that is closest to training typing skills is TapTyping, which offers beginner, intermediate, and advanced “courses” while keeping track of the users’ statistics. As of writing this post, the full version is on sale for $3.99, but the free version allows you to sample each lesson 1 time and take a speed test. This app is not very engaging, however, since it is designed for older kids or adults who want to work on their typing.

•     These apps focus on typing accuracy and speed:  FastTyper2, Word Burst, and iTyper, but don’t provide any actual typing training.

About the Author: The Therapy Spot
The Therapy Spot of Baltimore is a multi-disciplinary pediatric therapy center, featuring an energetic group of experienced and qualified therapists. We provide speech therapy, physical therapy, and occupational therapy to children in the greater Baltimore region.
Recent Posts