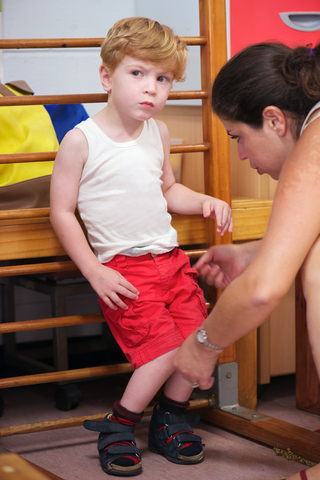 What is cerebral palsy?

Cerebral palsy is a neurologic condition that is diagnosed shortly after birth or within the first few years of life. Cerebral palsy affects the brain-body connection. In other words, the brain is not communicating effectively with the rest of the body. The name cerebral (brain) palsy (paralysis) explains what is going on: the brain is unable to communicate with the muscles, causing paralysis or weakness of the muscles. This affects the child’s movement which can affect their ability to walk, play and perform other functional tasks.

There are three main types of cerebral palsy:

Cerebral palsy can be caused by a variety of factors; however, in most cases the cause of cerebral palsy is unclear. Cerebral palsy can be caused by an event during pregnancy, during delivery or shortly after birth; for example, stroke in eutero, head injury during birth or lack of breathing. In essence, there is a lack of oxygen supply to the brain for a period of time, or there is some other form of brain injury, where the part of the brain that was injured has a difficult time communicating with the body.

What signs and symptoms are associated with cerebral palsy?

The main initial signs of cerebral palsy are hypertonia and developmental delay. Hypertonia is an increase in muscle tone which causes the child’s muscle to be tight. The tight muscles make it harder for the child to move and develop. Developmental delay is when the child is not developing their gross and fine motor skills as expected during early childhood. Children with cerebral palsy are frequently diagnosed after a few months of life when the parents notice their tight muscles and that their child is not rolling over, sitting up or crawling on time. Other signs include: toe walking, crouch gait pattern, “scissoring” gait, difficulty running and difficulty with fine motor skills, among others.

How can cerebral palsy be treated?

Physical therapy: Physical therapists work with children with cerebral palsy on their movement, including learning how to roll over, crawl and walk initially, and working on balance and coordination of movement as the child ages. Also, children with cerebral palsy frequently benefit from the use of an orthotic or leg brace which can help them be more stable as they move. Orthotists help make these braces for children who need them.

Other treatments may include medications such as Botox injections or Baclofen which help decrease the muscle tone, making the child’s muscles less tight and therefore making it easier to move. Treatment also occasionally may involve orthopedic surgery to help the child move more effectively.

The Therapy Spot is a multidisciplinary pediatric therapy center that offers speech, occupational and physical therapy. Visit our website to learn more about The Therapy Spot.

About the Author: The Therapy Spot
The Therapy Spot of Baltimore is a multi-disciplinary pediatric therapy center, featuring an energetic group of experienced and qualified therapists. We provide speech therapy, physical therapy, and occupational therapy to children in the greater Baltimore region. 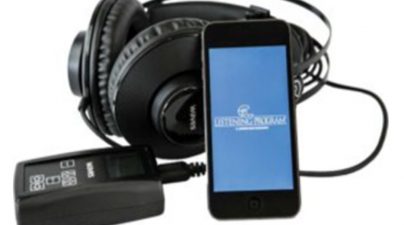